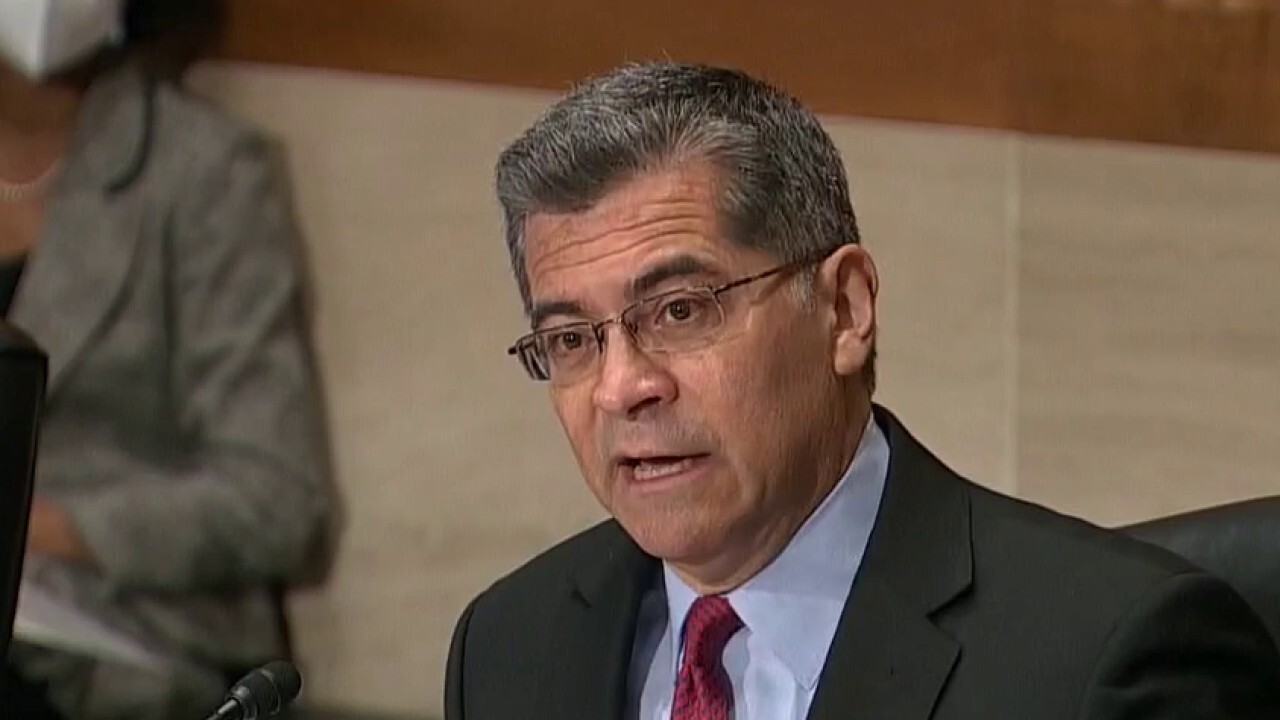 President Biden’s pick for Health and Human Services secretary, Xavier Becerra, received praise from two GOP attorneys general he worked with during his time as California attorney general, as Republicans in the Senate push to torpedo his nomination.

Becerra, if confirmed, would be the nation’s first Latino secretary of the Department of Health and Human Services. He is expected to face a final Senate vote on his nomination in the coming days after the Senate Finance Committee voted on his nomination last week, ending in a tie along party lines.

Becerra’s nomination is now up to the Senate majority or minority leader to bring a motion to discharge the nomination for a vote by the full Senate.

Republicans trying to sink Becerra’s confirmation slam his lack of medical experience and his support for abortion access. Conservative groups are dishing out hundreds of thousands of dollars into ads to pressure moderate Democrats not to support him.

But several attorneys general have come out in support of Becerra, touting his bipartisanship and cooperation on a number of issues from the opioid crisis to the COVID-19 pandemic.

“On the map, California and Tennessee are two different colors. But when it comes to fighting for a remedy to the nationwide opioid crisis, the ‘D’ in front of General Becerra’s name and the ‘R’ in front of mine don’t seem to matter much,” Tennessee Attorney General Herbert Slatery told Fox News. “We have worked together among a group of attorneys general – with varied political positions – for the common good of the people we serve.”

Slatery told Fox News that in the attorney general community “this is quite normal…and effective.”

“I’ve known General Becerra for several years, and while we often look at policies in very different ways, he is consistently respectful of all viewpoints, cordial, and accessible,” Slatery said. “And on these shared enforcement matters, he has been collaborative and appropriately forceful.”

Slatery and Becerra worked together on cases against opioid manufacturers.

Louisiana Attorney General Jeff Landry also came out in support of Becerra while acknowledging their political differences but highlighting his bipartisan mindset.

“I certainly do not agree with Xavier Becerra on a host of issues. I have sued his state, and him in his role as California’s Attorney General,  while working to protect my state,” Landry told Fox News. “However Xavier has always been open to listening and working together when we can agree on issues,  like our efforts tackling opioid abuse.”

Landry added: “Being open to dialogue with the other side I believe is a test of character.”

Becerra and Landry led a bipartisan coalition of attorneys general last year, urging HHS to use its legal authority to increase the availability of Remdesivir, a therapeutic used to help treat coronavirus, amid the COVID-19 pandemic.

Meanwhile, an aide to Becerra told Fox News that he is “driven by the principle that everyone who works hard can earn and get ahead.”

“That’s not a Republican or Democrat value— that’s an American value,” the aide said.

But despite his support from the GOP attorneys general, and his record of working on both sides of the aisle, conservatives have voiced their opposition to his nomination, calling him an “extremist” who would carry a liberal agenda if confirmed.

The Conservative Action Project spearheaded a memo, obtained by Fox News, outlining the concerns of dozens of conservatives. The memo is expected to be sent to every Republican member of Congress Monday afternoon, along with conservative organizations.

“Conservatives oppose the confirmation of Xavier Becerra to lead the Department of Health and Human Services,” the memo read. “No federal agency has more influence over policies relating to the sanctity of life, human dignity, and religious liberty than HHS.”

“Becerra has a troubling record on all of these fronts,” they wrote. “He is an extremist nominee who will carry the agendas of liberal dark money groups to his administration post if confirmed.”

Biden transition spokesman Andrew Bates defended Becerra, saying he has “decades of health care policy experience, worked with Republicans and Democrats to expand access to COVID treatments and take on opioid manufacturers, while leading the largest state department of justice in the country.”

Bates added that Becerra also has a “strong record of fighting to lower costs for patients.”

“That’s why President Biden chose this tested, qualified leader to be at the forefront of the pandemic response and to help lower drug prices,” Bates said. “We look forward to his hearings and confirmation votes.”

And last month, White House press secretary Jen Psaki during her briefing said Becerra “helped play a role in getting the Affordable Care Act through” and “brings decades of health care policy experience to the table.”

Psaki pointed to Becerra’s work as California attorney general, saying he “fought alongside his Republican counterparts to expand access to COVID treatments.”

Despite conservative opposition, the Biden transition team told Fox News that Becerra is looking forward to “working in good faith with members of both parties in Congress.”