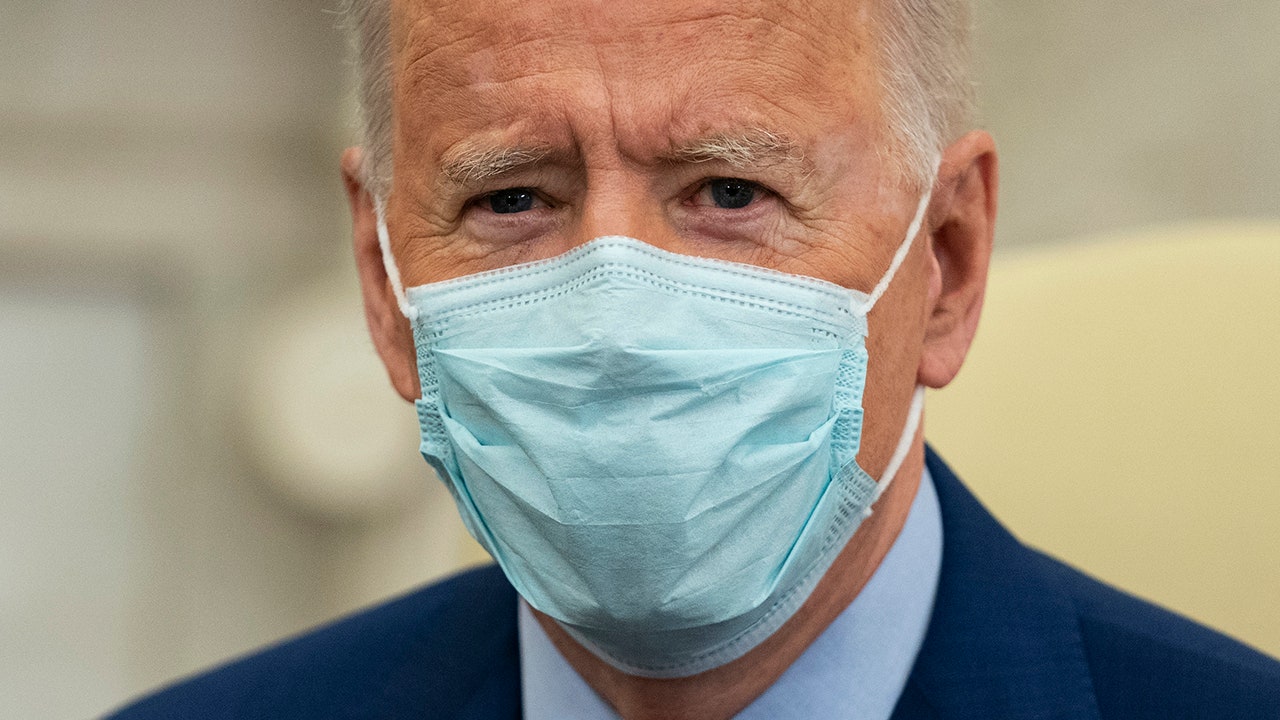 President Biden on Thursday celebrated the House passing a sweeping election reform bill, saying he would sign it if it passes the Senate.

Biden called it “urgently needed” to protect the right to vote and to “strengthen” democracy, and vowed to work with Congress to “refine and advance” the legislation.

“In the wake of an unprecedented assault on our democracy; a coordinated attempt to ignore, undermine, and undo the will of the American people never before seen in our history; and a new wave of aggressive attacks on voting rights taking place in states across the country, I applaud Speaker Pelosi and the House of Representatives for passing H.R. 1, the For the People Act of 2021,” Biden said in a statement Thursday.

Biden called the right to vote “sacred and fundamental,” adding that it is “the right from which all of our other rights as Americans spring.”

“It will rein in the outrageous gerrymandering that distorts our democracy,” Biden said. “It will empower the Justice Department to crack down on laws that curtail voting rights along racial lines. It will reform our campaign finance system to amplify the voices of the people — not the powerful. And it will modernize and secure our future elections against all manner of threats.”

“I look forward to working with Congress to refine and advance this important bill,” Biden continued. “And I look forward to signing it into law after it has passed through the legislative process, so that together we can strengthen and restore American democracy for the next election and all those to come.”

House Speaker Nancy Pelosi, D-Calif, said the legislation is needed to combat voter suppression efforts in states, crack down on corruption and diminish the influence of big donors in politics.

The bill would create automatic voter registration across the country and allow felonss who have served their sentences to vote. The bill would also expand early voting and enhance absentee voting by simplifying voting by mail.

The bill would also require more online political ad disclosures and force all organizations involved in political activity to disclose their large donors.

A major pillar of the legislation is setting up a new public financing system for congressional and presidential elections to incentivize small-dollar donations. The legislation would establish a 6:1 match using taxpayer money for each grassroots contribution to a candidate up to $200.

The public match program would be funded by a new 4.75% surcharge on criminal and civil penalties and settlements that corporations pay to the U.S. government. The nonpartisan Congressional Budget Office estimated this week the new revenue stream would generate about $3.2 billion over 10 years.

Republicans blasted the public financing provision as a way to line the campaign coffers of members of Congress.

“This bill isn’t for the people, it’s for the politicians,” said Rep. Rodney Davis, R-Ill.

The bill also reaffirms Congress’ authority to regulate money in politics, pushing back on the Supreme Court’s Citizen United decision.

Meanwhile, the bill seeks to “fortify ethics law” by breaking the “influence economy in Washington” and increases accountability by expanding conflict-of-interest laws and divestment requirements in an effort to slow the “revolving door” and prevent members of Congress from serving on corporate boards.

The bill, also, in a swipe at former President Donald Trump, requires presidents to disclose their tax returns — something Trump did not do while in office.

The legislation would also close loopholes for lobbyists and foreign agents and ensure that watchdogs have “sufficient resources” to enforce the law.

Senate Minority Leader Mitch McConnell, R-Ky., last week, slammed the legislation as “exactly the wrong response” to what he called the “distressing lack of faith in our elections,” saying Democrats want to use their “temporary power” to “try to ensure they’ll never have to relinquish it.”