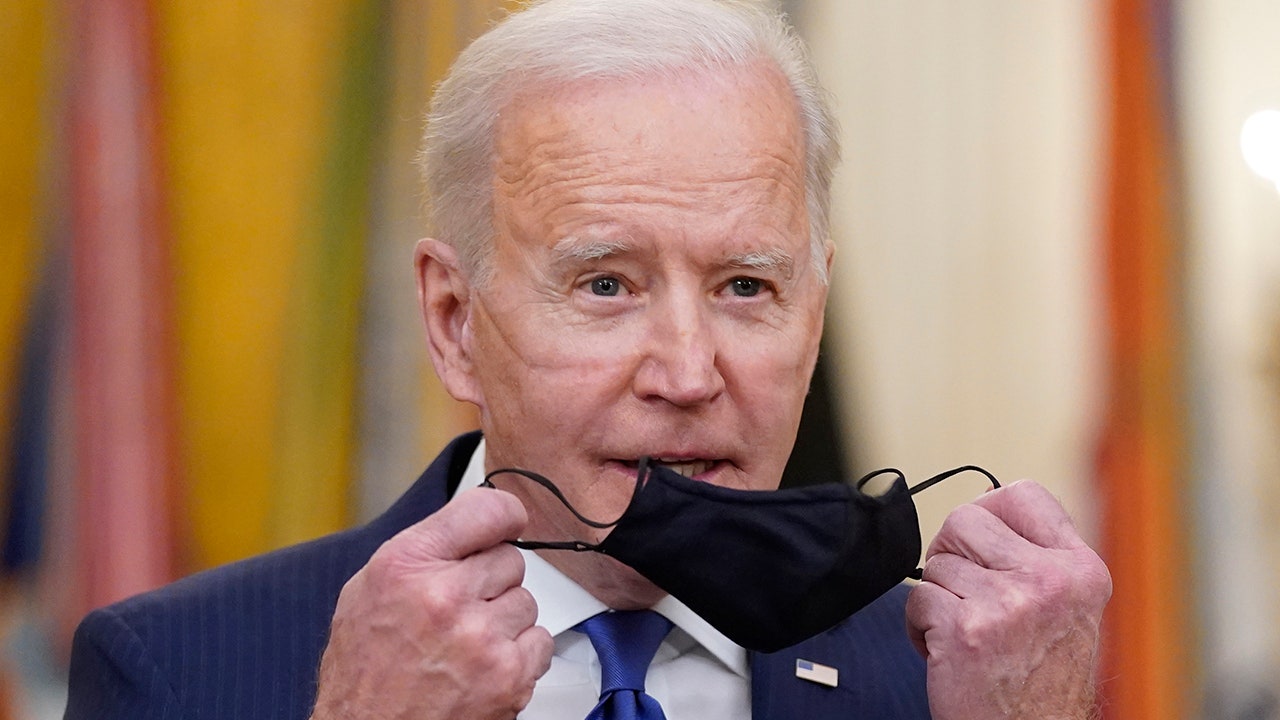 President Biden was sworn into office as the 46th president of the United States 48 days ago — but he has yet to schedule a formal press conference.

The president, since taking office, has signed dozens of executive orders and actions and is ramping up to sign the second-largest stimulus package in U.S. history, The American Rescue Plan.

While the president has taken questions from reporters about his administration’s early actions, the White House has not yet scheduled a time for him to do so in a formal setting.

White House press secretary Jen Psaki, who consistently holds briefings for reporters, was asked Monday whether the president would ever hold a press conference, and she responded by saying he would do so before the end of March.

Psaki, instead of committing to a specific date, highlighted roughly 40 times the president has answered shouted questions from reporters.

“I don’t know that you’ll see him more than 40 times a month,” Psaki said.

“The president takes questions several times a week. He took questions actually twice yesterday,” Psaki said Monday. ‘’We look forward to holding a full press conference. We’re working on setting a final date for that and as soon as we do we will let you all know.”

“This president came in during a historic crisis,” Psaki added. “I think the American people understand that his focus energy and attention has been on ensuring we secure enough vaccines… and pushing for an American rescue plan.”

The media world has been questioning when Biden will face reporters in a formal setting.

Biden has not yet addressed a joint session of Congress either, another early-term priority in most administrations. Typically, presidents give their first speech before Congress in February.

“It’s not a snubbing,” Psaki promised reporters when asked about Biden not yet addressing legislators.

“We are in the middle of a global pandemic,” she said. “We intend on the president delivering a joint session… but we don’t have a date for that.”

Psaki, last week, also said the president would address a joint session of Congress after it passes a final version of his American Rescue Plan — which the House could consider as early as this week.

Meanwhile, Biden is set to deliver his first primetime address as president on Thursday to commemorate the one-year anniversary of the COVID-19 shutdowns.

The World Health Organization declared the novel coronavirus a pandemic on March 11, 2020.

“The president will deliver his first primetime address to commemorate the one-year anniversary of the COVID-19 shutdown on Thursday,” Psaki said. “He will discuss the many sacrifices the American people have made over the last year, and the grave loss communities and families across the country have suffered.”

Psaki said the president “will look forward, highlighting the role that Americans will play in beating the virus and moving the country toward getting back to normal.”

Biden’s address Thursday will be his first major address since Inauguration Day.