Half of all New York state lawmakers are now calling for Gov. Andrew Cuomo to resign after a sixth woman accused the governor of sexual harassment on Tuesday.

So far, 107 state lawmakers have called for the governor’s resignation and/or impeachment, including 65 Democrats and 42 Republicans out of the New York State Assembly’s 150 total members and the New York State Senate’s 63 members.

Other New York politicians including New York City Mayor Bill de Blasio and a number of state assembly members have also called for the governor’s resignation.

New York Democratic Assemblyman Ron Kim, who initially highlighted the governor’s nursing home coverup and bullying tactics, told Fox News in a Thursday statement that Cuomo “must be removed from public office so he no longer can abuse his powers while preying on other female staff members.”

DE BLASIO CALLS FOR CUOMO TO RESIGN AFTER LATEST ALLEGATIONS: ‘HE CAN NO LONGER SERVE AS GOVERNOR’

“The governor’s pattern of sexual assault and abuse of power is evident and undeniable. Each day Cuomo is in office, taxpayer resources will continue to be diverted toward Cuomo’s self-preservation rather than the needs of New Yorkers,” he said. 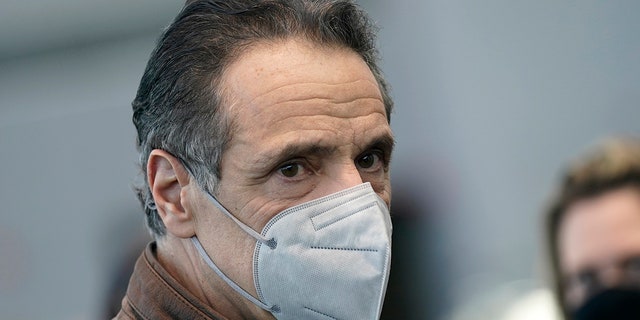 Other state lawmakers have published similar statements calling for the three-term governor’s impeachment or resignation.

“Every day, there is another account that is drawing away from the business of government,” Stewart-Cousins said in a statement. “New York is still in the midst of this pandemic and is still facing the societal, health and economic impacts of it. We need to govern without daily distraction. For the good of the state Governor Cuomo must resign.”

Assembly Speaker Carl Heastie stopped short of demanding that Cuomo quit but said in a statement that “it is time for the [g]overnor to seriously consider whether he can effectively meet the needs of the people of New York.”

The governor has also faced intense scrutiny from U.S. lawmakers after his administration admitted in February that nursing home deaths had topped 15,000 — nearly 10,000 more than the state originally reported at the end of January — sparking criticism of the governor’s March 25 directive ordering thousands of virus-infected seniors back into assisted-living facilities, nursing homes and other long-term care locations.

Cuomo, who has denied recent allegations of harassment, reiterated Sunday afternoon that he will not resign until James completes her investigation into multiple accusations of sexual misconduct against him.

“I was elected by the people of the state. … I’m not going to resign because of allegations,” Cuomo said during a conference call. “There is no way I resign.”

The Associated Press contributed to this report.