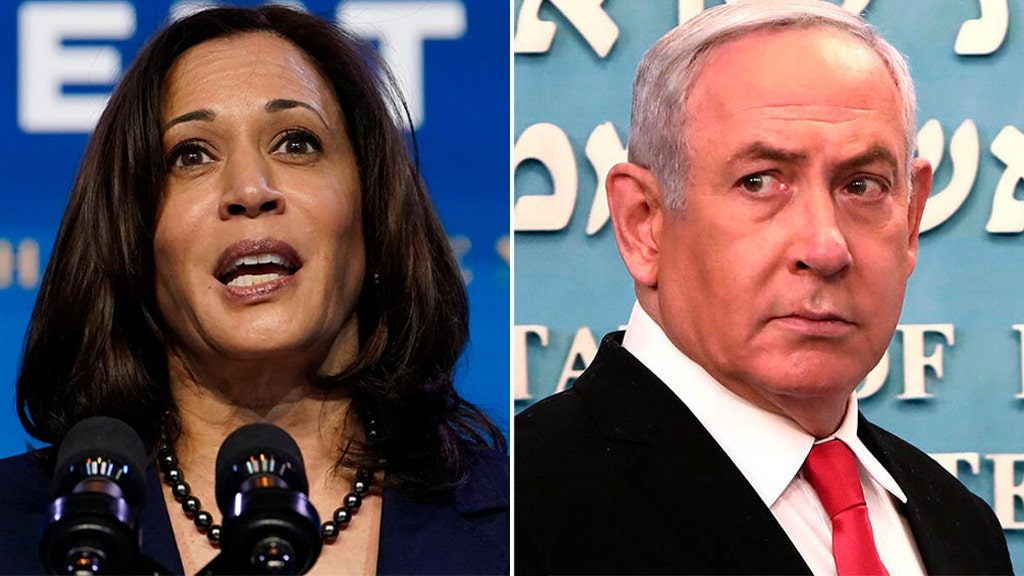 Earlier on Thursday, Israel’s defense minister told Fox News that his country was updating its plans to strike Iranian nuclear sites and was prepared to act independently. Just days prior, Netanyahu had blamed Iran for a mysterious explosion that impacted an Israeli-owned cargo ship in the Gulf of Oman last week.

The incident was just the latest to inflame tensions between the two nations and came as Harris appears to be moving toward a significant role in foreign policy.

According to Politico, Harris is trying to carve out a specialty in foreign policy and is taking on responsibilities like solo meetings with foreign leaders.

She also participated in the first bilateral meeting of the new administration between Canada and the United States. Biden reportedly didn’t do the same as vice president in the Obama administration.

In February, President Biden also spoke with Netanyahu about Iran and working to advance peace in the region.

According to Harris’ office, she reaffirmed the U.S. commitment to partnering with Israel and supporting its security.

“Vice President Kamala Harris spoke today by phone with Prime Minister Benjamin Netanyahu of Israel, and underscored the Biden-Harris Administration’s commitment to the U.S.-Israel partnership,” a release read.”The Vice President emphasized the United States’ unwavering commitment to Israel’s security. She expressed strong support for Israel’s recent groundbreaking normalization agreements with countries in the Arab and Muslim world, and stressed the importance of advancing peace, security, and prosperity for Israelis and Palestinians alike.”

It added: “The Vice President and Prime Minister agreed on the importance of continuing close cooperation and partnership on regional security issues, including Iran’s nuclear program and the regime’s dangerous regional behavior,” a release from Harris’ office read.