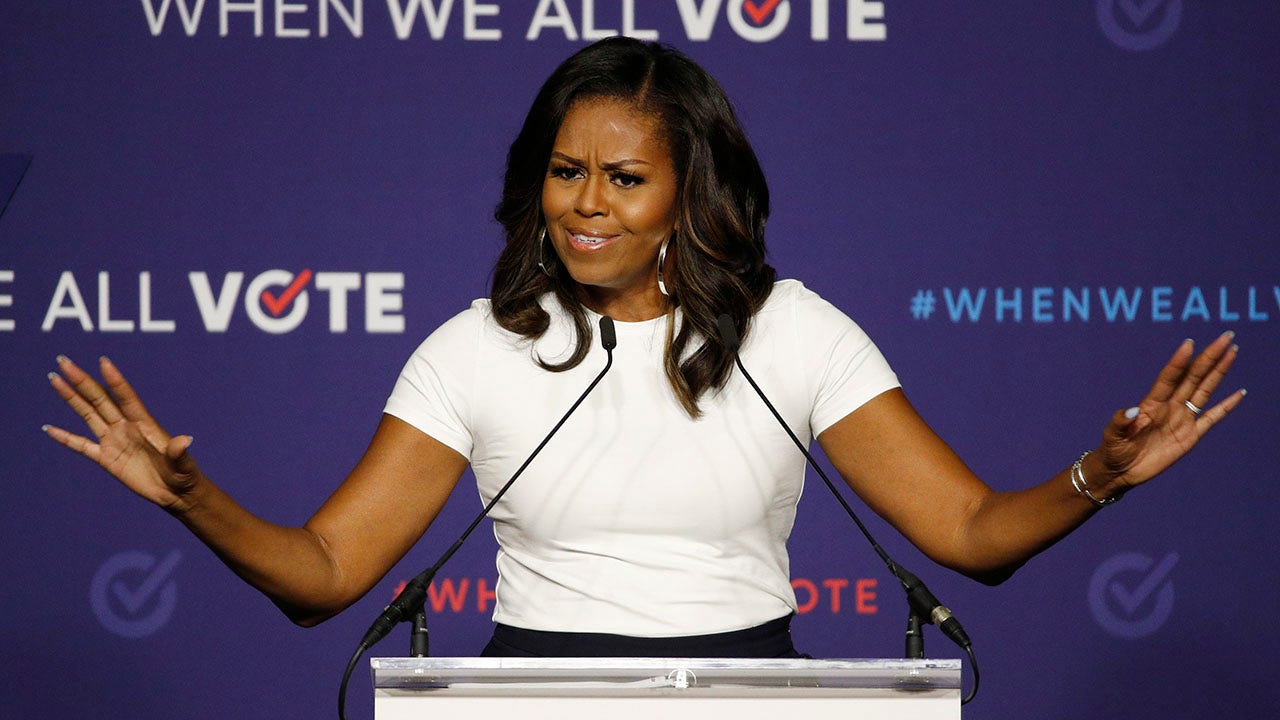 Former First Lady Michelle Obama on Thursday urged the Senate to pass a sweeping voting rights overhaul that received House approval this week, warning that “democracy remains under attack” from state officials she believes are attempting to suppress voter turnout.

Obama expressed support for House Resolution 1, also known as the “For the People Act.” If approved in the Senate, the bill would put nonpartisan commissions in charge of gerrymandering rather than party-controlled state legislatures, expand early voting, and ease restrictions on voter registration at the state level, among other measures.

GOP officials in Georgia, Arizona and many other states have introduced legislation to tighten voting laws. In a statement on behalf of her organization “When We All Vote,” Obama praised record turnout during the 2020 presidential election but suggested that “too many leaders are working to reverse that progress.”

“Make no mistake – the idea that we cannot both hold secure elections and ensure that every eligible voter can make their voices heard is a false choice. It’s based on lies and it flies in the face of our history. It is sad. It is infuriating. And it is a genuine threat to our future that must be taken seriously.”

H.R. 1 passed by a 220-210 vote along party lines. Senate Democrats will need to secure support from at least 10 Republicans in order to bypass the filibuster and pass the bill.

Republicans have adamantly opposed the legislation, arguing it would allow the federal government to infringe on states’ rights to hold elections according to local laws. GOP leaders say the bill is unbalanced in favor of Democrats.

“Democrats want to use their razor-thin majority not to pass bills to earn voters’ trust, but to ensure they don’t lose more seats in the next election,” House Minority Leader Kevin McCarthy said in a floor speech on Tuesday.

Obama said the bill will “make it easier for ordinary Americans to register and cast a ballot” and improve the security of U.S. elections.

“I urge the Senate to follow suit and pass this bill as soon as possible – because there is nothing more important to the health and future of our democracy than safeguarding the right to vote,” Obama said.