Former Secretary of State Mike Pompeo is headed to Iowa later this month in support of fellow Republicans.

An adviser to Pompeo, who asked to remain anonymous to speak more freely, confirmed to Fox News on Tuesday that the former secretary of state will travel to the state March 25-26 to “help the party and advocate for conservatives.”

Pompeo likely has national ambitions and has definitely not ruled out a potential 2024 GOP presidential bid if former President Trump doesn’t run. And Iowa – whose caucuses have kicked off the presidential nominating calendar for half a century – is a natural stop for possible White House hopefuls, along with the other early voting states of New Hampshire, South Carolina, and Nevada. 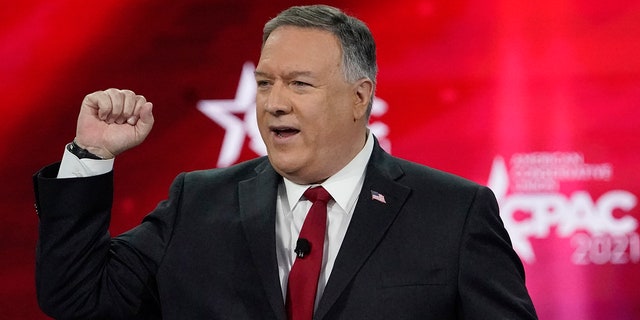 Pompeo, a congressman from Kansas who later served as CIA director under President Trump before being nominated and confirmed as secretary of state in 2018, said last week in an interview on Fox News’ “Hannity” that if Trump doesn’t run for the presidency again in 2024 that he was “always up for a fight.”

“I care deeply about America,” Pompeo told host Sean Hannity. “You and I have been part of the conservative movement for an awfully long time now. I aim to keep at it.”

When Hannity said he would take Pompeo’s answer as “a strong maybe” on running for the White House, Pompeo responded “that’s perfect.”

Pompeo was last in Iowa last summer, when the then-secretary of state gave a speech on the Trump administration’s tough stance on China.