Former President Donald Trump was seen outside Trump Tower on Tuesday as he wrapped up his first trip to New York City since exiting the White House.

Trump waved to supporters outside the building as he left the area. He did not stop to take questions from reporters. Donald Trump Jr. was also seen leaving Trump Tower. 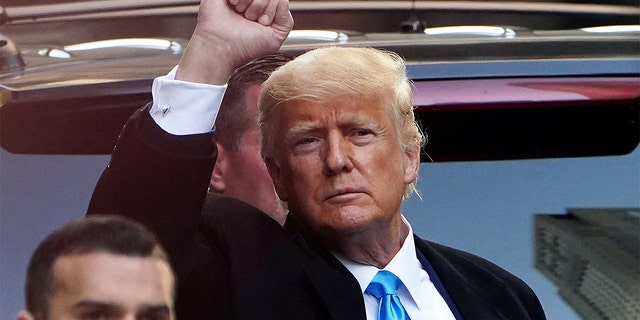 Former U.S. President Donald Trump acknowledges people as he gets in his SUV outside Trump Tower (Reuters)

Trump’s office has not publicly addressed the reason for his visit to New York. However, a source told the New York Daily News that Trump wanted to re-familiarize with the Trump Organization and his various business interests since returning to civilian life.

“He’s quite curious about his businesses and his employees, his organization, and is eager to look under the hood,” the source told the newspaper. “He’s not entirely sure of the role he will play, but he misses it, for sure.” 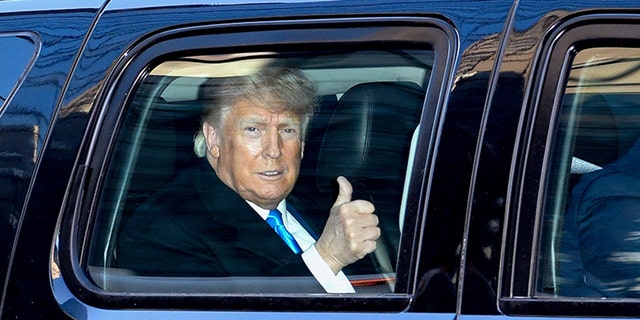 The former president arrived in New York on Sunday night and was expected to stay in the city until Tuesday. Trump has lived at his Mar-a-Lago resort in West Palm Beach, Florida since his term ended in January.

The former president changed his primary residence from New York to Florida in late 2019. At the time, Trump said he would “always” cherish New York but felt mistreated by local politicians.

“Unfortunately, despite the fact that I pay millions of dollars in city, state and local taxes each year, I have been treated very badly by the political leaders of both the city and state. Few have been treated worse,” Trump tweeted at the time.