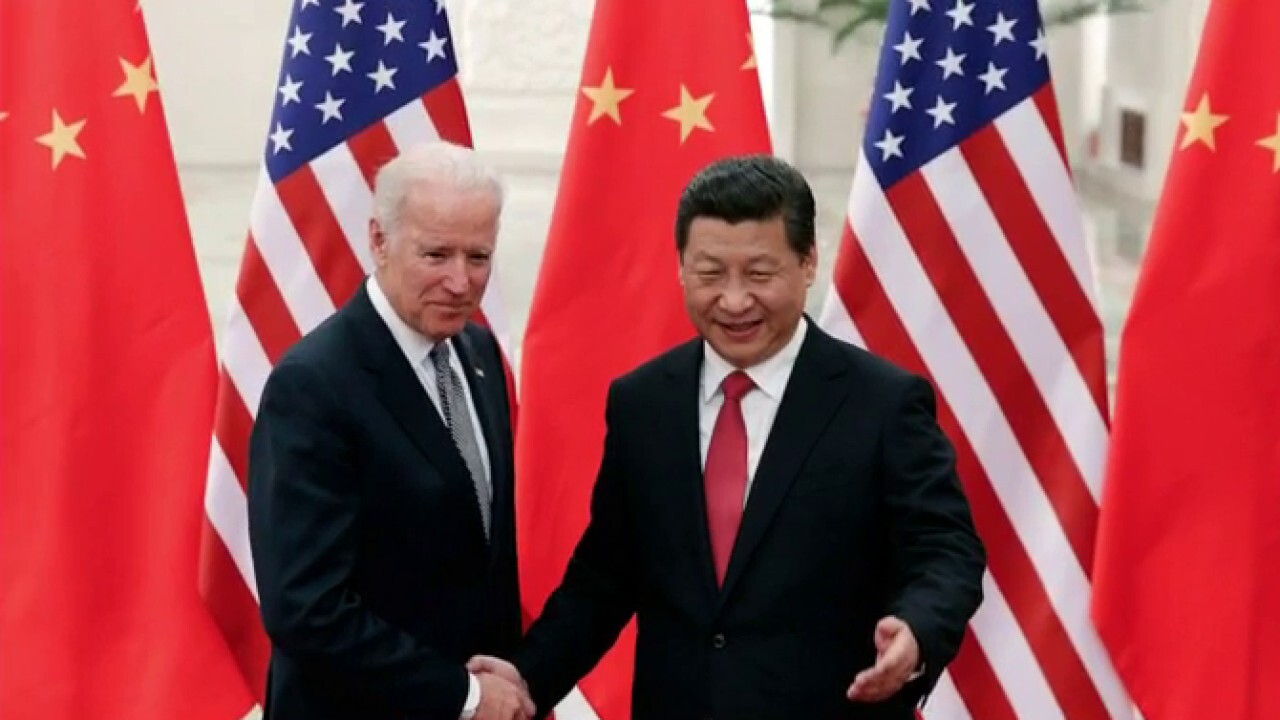 President Biden is calling for a “new approach” to national security to “strengthen” the United States’ advantages and “prevail in strategic competition with China,” warning that Beijing is the “only competitor” potentially capable of mounting a “challenge” to the international system.

Biden issued interim national security strategic guidance this week that conveys his “vision for how America will engage with the world.”

BIDEN ADMINISTRATION TAKING ‘STRATEGIC APPROACH’ WITH RESPECT TO CHINA, ‘NOT IN A RUSH,’ PSAKI SAYS

“Our world is at an inflection point,” he said. “Global dynamics have shifted.”

The national security guidance warns of the “reality” that the “distribution of power across the world is changing” and “creating new threats.”

“China, in particular, has rapidly become more assertive,” the guidance states. “It is the only competitor potentially capable of combining its economic, diplomatic, military and technological power to mount a sustained challenge to a stable and open international system.”

The guidance pointed to the Biden administration’s efforts to “reinvigorate and modernize” alliances and partnerships around the world, saying that they are a “tremendous source of strength and a unique American advantage.”

“Our democratic alliances enable us to present a common front, produce a unified vision, and pool our strength to promote high standards, establish effective international rules, and hold countries like China to account,” the guidance states.

Biden, last month, had his first call with Chinese President Xi Jinping, in which he outlined his core concerns with China’s aggressive activities, actions and abuses, signaling a “clear and consistent subscription to American values,” while discussing areas in which the administration believes it could be in the United States’ national interest to work with Beijing.

Administration officials said Biden is “clear-eyed” about U.S.-China policy, noting that it is “a strategic competition,” with another saying the U.S. is being “very careful in our initial interactions with China,” and that the administration is “trying to be clear where our priorities are.”

But in its new guidance, the administration said its national security approach will “ensure that America, not China, sets the international agenda, working alongside others to shape new global norms and agreements that advance our interests and reflect our values.”

The guidance warned, though, that China’s leaders “seek unfair advantages, behave aggressively and coercively, and undermine the rules and values at the heart of an open and stable international system.”

“When the Chinese government’s behavior directly threatens our interests and values, we will answer Beijing’s challenge,” the guidance warned. “We will confront unfair and illegal trade practices, cyber theft, and coercive economic practices that hurt American workers, undercut our advanced and emerging technologies, and seek to erode our strategic advantage and national competitiveness.”

The new guidance added that the administration will “ensure that our supply chains for critical national security technologies and medical supplies are secure.”

Intelligence and national security officials, as well as lawmakers on both sides of the aisle, have warned that China poses a threat to the U.S. supply chain, but senior administration officials said the executive order does not mention China, or single out China, but instead focuses on other vulnerabilities.

“We are not singling out any country by name in the executive order,” one official said. “We see an effort to build strong and resilient supply chains across a range of critical products and sectors, and those vulnerabilities are capacity, single point of failure, potential for environmental disaster.”

The official added that they are “intending to look with this review and address a range of different vulnerabilities,” specifically at where the U.S. is “excessively dependent on competitor nations,” including China.

Meanwhile, the administration vowed to support China’s neighbors in defending their rights to make independent political choices “free of coercion or undue foreign influence,” and vowed to support Taiwan, which they described as a “critical economic and security partner.”

The administration also vowed to ensure that U.S. companies “do not sacrifice American values in doing business in China,” and to stand up for democracy and human rights in Hong Kong, Xinjiang and Tibet with the support of global partners.

However, the administration said that strategic competition with China “does not and should not” preclude working with Beijing “when it is in our national interest to do so.”

The administration said they will “engage China from a position of confidence and strength,” and conduct “practical, results-oriented diplomacy” with Beijing to “work to reduce the risk of misperception and miscalculation.”

“We will welcome the Chinese government’s cooperation on issues such as climate change, global health security, arms control, and nonproliferation where our national fates are intertwined,” the guidance states. “As we do, we will rally our allies and partners to join us, pooling our negotiating leverage and showing our collective power and resolve.”

Meanwhile, the guidance also pointed to the “existential threat” posed by nuclear weapons, saying the goal is to “reestablish our credibility as a leader in arms control” and the U.S. is prepared to engage in “meaningful dialogue with Russia and China on a range of emerging military technological developments that implicate strategic stability.”

With regard to the military threat China – and Russia – poses, the guidance says the Biden administration will ensure that the U.S. armed forces “remain the best trained and equipped force in the world.”

The guidance said the Biden administration would assess the structure, capabilities and sizing of the forces, and work with Congress to free up resources for investments in technologies and capabilities that “will determine our military and national security advantage in the future.”

“Taken together, this agenda will strengthen our enduring advantages, and allow us to prevail in strategic competition with China or any other nation,” the guidance said, adding that the “most effective way” for the U.S. to “out-compete” China is “to invest in our people our economy, and our democracy.”