Twitter continued to allow Rev. Louis Farrakhan, the infamous leader of the Nation of Islam, to spread vaccine conspiracies online.

Farrakhan spoke at the Nation of Islam’s annual Saviours’ Day, and condemned both the COVID-19 vaccine as a “vial of death” and the people who defend it. Farrakhan commented, “You laugh at Reverend Jim Jones with Kool-Aid, this is the biggest dose of Kool-Aid that the enemy has ever offered. It is death itself.” Both Facebook and Twitter previously allowed the Saviour’s Day event footage to be linked from the Nation of Islam’s accounts. Facebook removed the post, however, after MRC TechWatch wrote an article calling out the platforms. Twitter still allowed the post to remain online as of March 8. It appears to be a clear violation of Twitter’s terms of service. 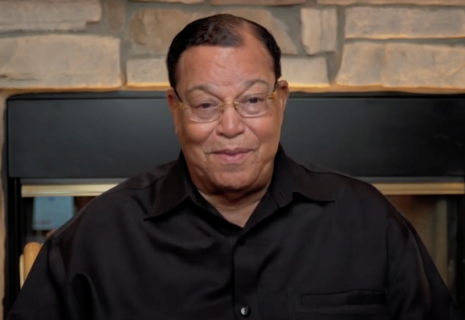 Twitter’s very Terms of Service forbid rhetoric suggesting that “The pandemic or COVID-19 vaccines that invoke a deliberate conspiracy by malicious and/or powerful forces.” The same page also includes the strict embargo on statements claiming “Vaccines and vaccination programs which suggest that COVID-19 vaccinations are part of a deliberate or intentional attempt to cause harm or control populations.”

The video itself included some fiery rhetoric declaring that the Nation of Islam does not care about society’s COVID-19 agenda.

“Do you think we give a damn about you telling us that you can’t fly if you don’t have this? We’ll close down all your airlines,” Farrakhan boasted, before continuing: “Wait, we can’t go to school? We weren’t learning a damn thing anyway!” He proclaimed, “This will force us to make our own schools and make them safe. Don’t let the enemy frighten you with what they have the power to keep you from. If they do this they keepin’ us from them. They are now the great architects of separation or death.”

“Farrakhan chided black celebrities who have promoted the vaccine, saying that they were ‘being bought and paid for’ by the government and aid in the ‘destruction of your people,’” The Daily Caller wrote in its report. “Farrakhan, 87, falsely accused Fauci last year of plotting with Bill Gates to use a coronavirus vaccine to ‘depopulate the Earth.’”

Farrakhan, in addition to sharing conspiracies, has made offensive and dehumanizing anti-Semitic and anti-American statements in the past. Farrakhan has reportedly made statements such as: “You know what they do: call me an anti-Semite. Stop it. I’m anti-termite.” He also chanted “Death to America” in a high-profile visit to Iran. Even the anti-conservative SPLC has condemned his organization as having a “bizarre and fundamentally anti-white theology.”

Conservatives are under attack. Contact Twitter at (415) 222-9670 and demand that Big Tech be held to account to mirror the First Amendment while providing transparency, clarity on “hate speech” and equal footing for conservatives. If you have been censored, contact us at the Media Research Center contact form, and help us hold Big Tech accountable.