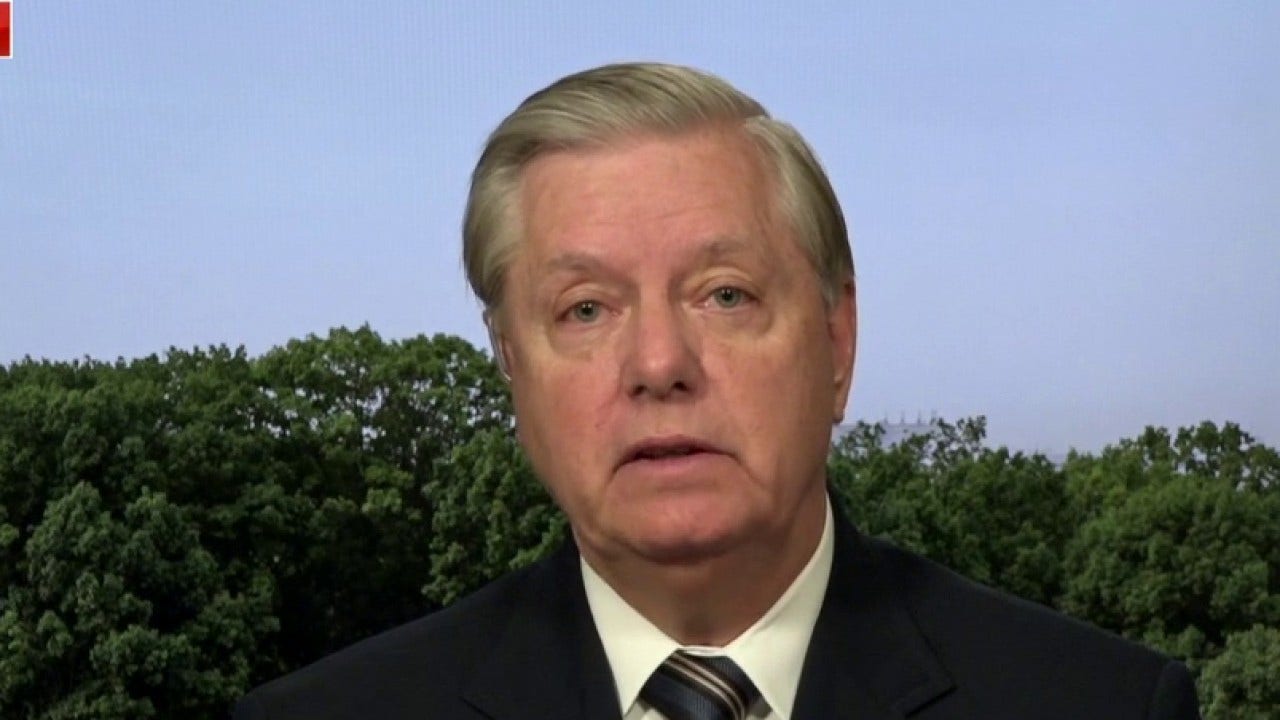 Sen. Lindsey Graham R-S.C., said Sunday it was “sick” that President Biden is playing the “race card” regarding the GOP-led Georgia election law and the legislative filibuster.

“What’s sick is for the president of the United States to play the race card continuously in such a hypocritical way,” Graham said.

During an appearance on “Fox News Sunday,” Graham slammed Biden for claiming that policy and legislation he disagrees with are relics of racism and the Jim Crow era.

Graham criticized Biden and Democrats for their opposition to the filibuster, given both the president’s and the party’s advocacy to retain the parliamentary procedure in the past.

The South Carolina senator criticized the Democrats’ own proposed legislation, the “For the People” act, and claimed their own response to reforming election regulation would be the biggest “power grab” in American history.

Graham echoed previous GOP lawmakers in his criticism of H.R. 1 and said that the bill was not only unconstitutional, by federalizing state elections, but also enacts or inhibits various other contentious practices, including ballot harvesting, rollbacks of voter ID requirements, and altering the processes of the Federal Election Commission.

“Every time a Republican does anything, we’re racist,” Graham told Chris Wallace. “They use the racism card to advance a liberal agenda, and we’re tired of it. H.R. 1 is sick, not what we’re doing in Georgia.”

On Thursday, during his first White House press conference, Biden said that the Georgia election law was not only “sick” but “un-American.”

“What I’m worried about is how un-American this whole initiative is,” the president said. “It’s sick, it’s sick.”

Biden previously called the Georgia election bill “Jim Crow in the 21st century” and an “atrocity” that had “nothing to do with decency.”

The law standardizes voting hours from 9 a.m. to 5 p.m. or as long as 7 a.m. to 7 p.m. It requires two Saturdays of early voting instead of one and makes two Sundays optional for early voting.

It continues to allow absentee voting without offering an explanation but requires a state-issued ID to request a ballot. The law also bans handing out water and food to voters waiting in line at the polls and shortens runoff elections from nine to four weeks.

The law goes on to limit ballot drop boxes, requiring them to be placed at early voting locations and only available while the precinct is open. The law tilts some power over elections to state lawmakers and the Georgia State Elections Board.

It would also wrest election authority from Georgia’s secretary of state, allowing the legislature instead to appoint a chair of the state election board.